Translation and Writing: So Happy Together

November 22, 2010
My guest post today is from Anne Goff, writer and translator who has some great points to make about translation and why we need to think about it when writing. Enjoy!

We're Not So Different, You and I

When I got my degree in translation and when I started working as a translator, I had to deal with a lot of confusion and misunderstanding from my friends and family. I still do. Topping the list of questions I face:

- Just what does a translator do anyway?

- Why on earth would you want to be one?

Today, I want to answer question number one. A translator takes a text that is written for one audience and rewrites it for a different audience. In essence – a translator is a writer. All writing is translation and translators are writers who work in two different languages.

“But,” you say, “I’m a writer! I don’t translate!” Are you sure? Really? As a writer you are always thinking of your target audience. (And if you’re not, you should be.) This awareness will impact every word you put on paper.

Let’s illustrate with a story. – A man goes to a party. A lot of alcohol is consumed at this party and tempers flare. A gun is drawn and the man is shot.

Now, how would you tell this story? You don’t know. You can’t. Not until you know who your audience is. Think how differently you will approach this story if your audience is a high school classroom, a roomful of sociologists, an executive of a major motion picture company… The original story may be translated into a morality tale; a case study; or an intense, high-drama, action scene. Each of these translations requires a different vocabulary, a different register, a different final text.

My thought process when translating is very similar. In translating a press release, the story of a company’s achievement, the facts don’t change, but the story does. As I tell such a story to an American audience I will smooth the flowery flourishes of the original French into the calm professionalism appropriate to business communications in the United States.

Do you think your job is easier than mine? After all, you’re only contending with one language. I wouldn’t be so quick to dismiss the translative aspects of writing. In the words of Bernard Webber:

Translation and writing both attempt the impossible – to communicate not the words, but the ideas of one mind to another. Impossible, right? See, therein lies the fun. But now I’m answering the wrong question. What was I supposed to be saying? Oh, right – a translator is a writer! 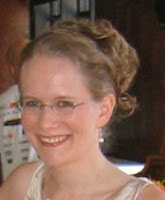