March 24, 2017
When I go to sleep at night, my mind literally goes back over the events of the day, chronologically ... but backwards.

I didn't realize I did this until I noticed within five minutes -- and nearing the point of falling asleep -- I was thinking about events that happened in the very beginning of the day. 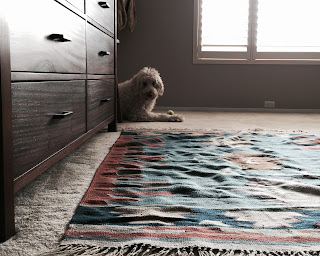 I'll think about my puppy, following me around when I'm home, and doing this.

Then I'll think about how my husband was painting the entire trellis, and not complaining about it. 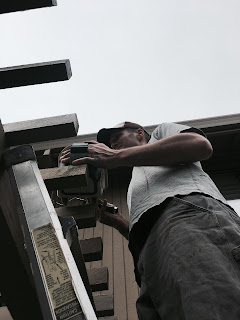 And then  I'll think about my son driving me today, and how we both wore camo. (And how we didn't rear end anything.)

It was weird. And enlightening. And a little bit like looking at snap shots, actual photos, of each major event of the day. Even if the major events were really not so major. 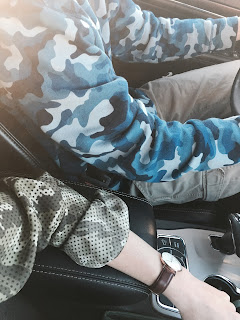 And it made me think about how the little things really all add up to big things.

You know how people say that every day goes by and change doesn't really seem an obvious thing, until you look back at the entire year as a whole, and then when we're grasping the entire scene, the whole picture, we see the change.

And the change is huge.

I think this is true. Our lives are composed of little things. And those little things do inevitably end up as big things. It's like weight loss, or weight gain. It's like compounding interest. It's like working on a book a page a day and seeing an entire book read (or written) after many weeks or months.

It's hard to see change sometimes, especially when we want it. Badly. But, that change is happening even if it's slow.

I think God gives this "slowness" as a favor to us, even if we think it's a curse. The step-by-step, slow-as-a-snail pace is truly the only way we humans can cope with anything, though we say otherwise.

Big events, big change, overnight 180-degree-changes, those are hard. Really hard. That can mean death, or life, or moving, or illness. Major stresses. Things we don't want to deal with.

Yet, we beg God to answer our prayers in our time when really, if he's waiting to answer -- fixing the details behind the scenes -- we see it's to our advantage.

He's waiting to grant our request when we can actually handle it.

I joke to my family and friends that the epitaph on my tombstone (or rather my obit in the paper) is going to say "Never Say Never and Timing is Everything." Because, if there is anything I've learned last year and into this year, it's the both of those.

Pride tells me to say "never," when I have no business saying "never" about anything. Ever. Ask yourself next time why you're saying "I'll NEVER do, be, go, have such and such ..."

I asked myself this, too, after I began eating all my "nevers." For breakfast, lunch, and dinner.

My foolish pride makes me say "never." "Well, I'll never drive a minivan." I've said this. I swear I have because I don't like minivans. To me, they're maybe the ugliest vehicle on the planet of vehicles.

(To all my friends who drive them, my deepest apologies).

But come on now. Let's say I had no income, my other car died, I had no money and needed a car. What if someone gave me a minivan. Would my pride say no?

It's almost as if the moment I say "never," God will go out of his way to show me how unrealistic -- and how very ungrateful -- I am.

Jesus (Mr. Perfect, mind you) wasn't here on earth to say "never" to anything. He was the opposite of that, in fact. He would always talk to anyone, always heal, always listen, always care, always love. He's still doing that today. So, why am I saying never? "Never" puts limits on everything.

It's also pride that makes me think I know timing better than my God I'm praying to.

And we all know that can't possibly be true. 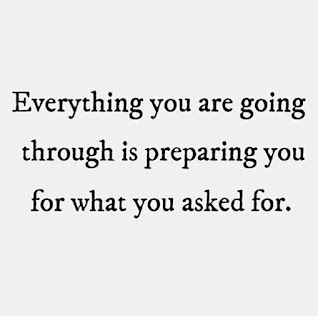 It really is. Even if what we're asking for changes, or if we change along the way.

And I really dislike long blog posts. Because most of the time when I'm reading blogs like this, they frustrate me. I want the meat of the story in less than 400 words so I can gain some insight and move along with my day.

I dislike this post because it's too long. Again, my apologies.

The moral of this post? Never say never, timing is everything, and keeping asking for what you want.

Takes care of just about everything in your life now, doesn't it?