April 23, 2018
My husband and I have this running joke that if we played a drinking game for the first -- and only the first-- five minutes of any news segment, anywhere in America, we'd be under the table in two.

Why? Because this drinking game is based on the repeated use of the word "impact."

It's okay if you can hate me now. Because after this post, you will notice this word EVERYWHERE and how overused it is.

I get it. The word is impactful. It makes a point. Pulls a punch. But ... it's beyond this, my friends. It's overwhelmingly beyond this now. I also understand that each decade has it's colloquial and trendy words. Totally understand that.

But, there's an all-out assault on this word. And most of the time, it's used incorrectly. Do you know what the word impact means? Per Merriam-Webster, it means

1.
a.: to fix firmly by or as if my packing or wedging
b.: to press together

2.
a.: to have a direct effect or impact on : impinge on
b.: to strike forcefully

So, an asteroid impacts the earth, or the train impacted the car on the tracks. These both fill the "fix firmly" portion and the "pressed together" portion.

It's the second meaning, to "have a direct effect " (isn't it hilarious that they use the work impact to describe impact. I'm confused. Could a dictionary not come up with a better definition?) that we're hearing used most. But, it's the first meaning we should be using the word for. That's the point of the word.

It's a buzz word of today, that is highly overused. Highly. We've got other synonyms like affect, impress, influence, result, outcome ... and most of these are not used.

It also got me wondering, Was this word used regularly, say fifty years ago? I thought not. I thought that it had to be something from today. But just yesterday, I picked up C.S. Lewis' book A Grief Observed  and began reading it again. (This book is phenomenal.) 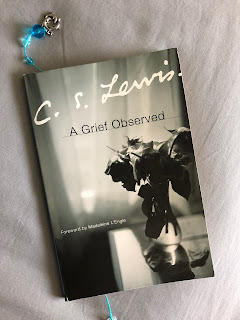 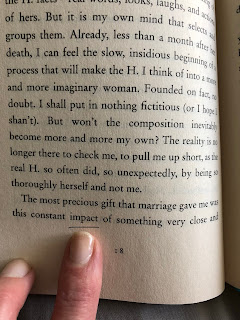 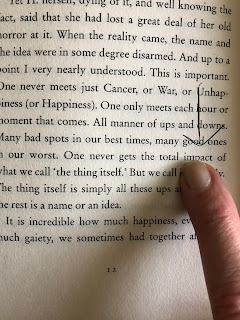 I came to the 12th page and saw the word. Wow. There it was! But surely, this was an anomaly. It probably wouldn't be used again.


There it was. What?  Okay. I think I can figure this out.

C.S. Lewis was a scholar. He used this word where appropriate, and these two spots were appropriate. He does, however, use myriad of other words. And that is the key to this over-using word mess. Look at page 19, he uses the word effect. Hello. He didn't use the word impact! And he could have. It would have fit just fine. 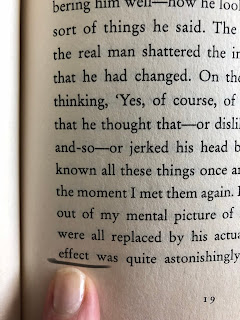 So, what am I saying? I'm saying a scholar can get away with using this word twice in six pages. And I'm okay with it. I'm not okay with the media, Facebook posts galore, and everyone I know or meet, use this word and not think it's overused.

I'm sure there are other overused words. Literally, obsessed, and legit come to mind. But again, these are trendy.

What words are you over-hearing? As a writer, if you don't want to hear them, don't write them. If it annoys you, odds are high it will annoy someone else. It's important to watch what you're writing since people are reading what you are writing.

I'm totally grammar-policing this but in a vocabulary-policing sort of way.

Now, about that drinking game...